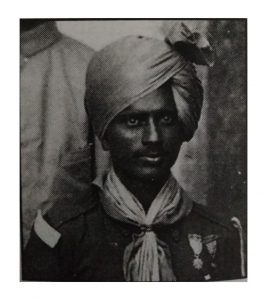 MHR hailed from Mallasandra which was a Jodi village (village owned by an individual). It was a non-descript one to the Northwest of the then Bengaluru town (Fort Area). It was a hilly, rocky area full of strewn stones, rocky out crops and shrub jungle. The approach was through foot paths and bullock cart tracks to join the Bengaluru-Tumakuru Road (now NH4) a mile away. The Hesarghatta road was formed in 1920’s which passed through the borders of Mallasandra and Bagilakunte villages, thus giving an easier road access since then. His father was the shanubhog (hereditary Village Accountant) of a cluster of Jodi villages. His mother Smt. Narasamma was a pious lady. MHR was born on 05.05.1899 as the second son to them. Sri Seetaramaiah, their first son was elder to him by 2 years and their third son Sri Gangadhara Rao was younger to MHR by 18 years. While a young boy MHR was physically weak but he built himself up bodily strong by grit and determination.

Education those old days was a dream, especially for the children of poor and middle class strata of society. MHR, true to his initials [Mahadaakaankshaa (great aspirations) Hridaya (in the heart) Raajithaa (Shining brightly)] was ambitious and had high aspirations and overcame the physical and monetary constraints. Determined to study and come up in life, he walked miles to the city through the jungle path. Completing his 10th standard (SSLC) Examinations (was a great achievement and considering the times circumstances.) from the Hindu A. V. School of the SLN Charities Trust near City Market. Thus we see that even as a youngster, he cultivated the qualities of Endurance, Determination and Concentration, Self reliance, Self esteem, Nature study, helping fellow men and so on. His Hard working, Industrious nature, soft speech, kind heart and friendly disposition stood by him in his life.

As a youngster he was very much loved by his parents and brothers and adored by his friends and fellowmen. He was very compassionate and used his knowledge of First Aid to render service to the needy whenever required. His love of Scouting and aspirations for his unit were so high that the hard conditions at home, the hilly and desolate terrain and the distance never came in the way of his efforts in achieving the goal. During the days of study and later the early days of scouting, he walked the distance with a grin. The walking distance increased when he took over as a teacher in a Coolie Matha (education classes for the farm labour during the after-noon recess) at Andhrahalli in Magadi Road. It was a trek of more than 40 km. A day, on days he conducted Scout classes. Hardships never deterred him but made his resolve stronger.

The year 1930 took him to Tumkur. Sri A.V. Subrahmaniam, one of his right hand rovers in Chamundis at Bengaluru had settled there and had got him to inaugurate his mentor’s 2nd open unit there. [That is 2nd Tumkur (Hanuman) Scout Group]. Coincidentally his parents had accompanied him to visit their relatives at Bellave. MHR was then 31 years and Cupid played his role. In 1931 he married Jayalakshamma, daughter of Sri Ramanna and Smt. Parvathamma ,In marriage Smt.MHR stood by MHR through thick and thin and all through life only to see that his marriage to scouting never wavered.

The first dozen years (including the six years at Mysore, Mandya and Bengaluru, though he had set the family at Mysore for about 2.5 years) were exclusive to him and scouting, and all his energies were spent in organising work and his hobbies like Ambulance work, Numismatics (coins collection) and his open units. The parents on either side nurtured his wife and children. His visits home were single digit days in a year. In 1943 he officially moved to Tumkur, established the home and spent almost 4 decades of the remaining part of his life there (except 1951-1953 when he worked at Besant Park and SHQs). His first son was born in 1933 followed by one each in 1934, 1938, 1946 and 1951.